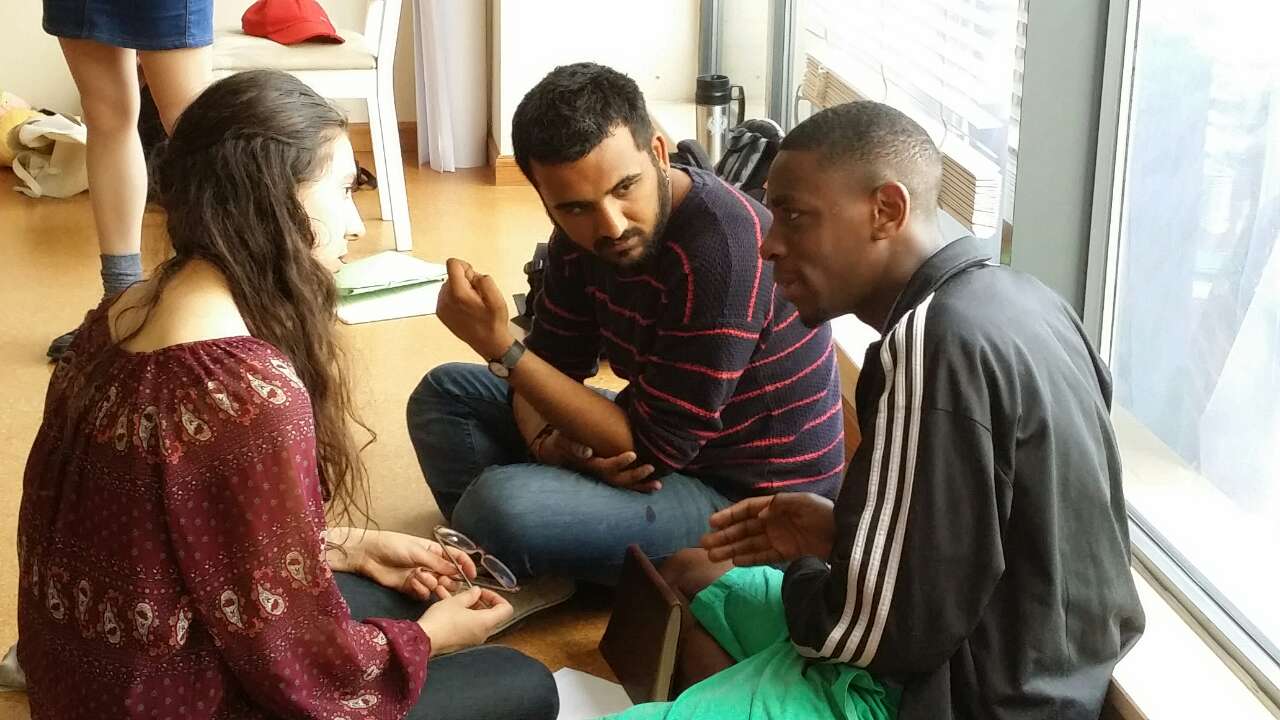 oked at the ideas of journey and communal identity. We felt that both of these things had similarities with the people of Birmingham. Birmingham is ethnically diverse, and the four of us each had different stories about how either ourselves, parents, grandparents or ancestors came to Birmingham and as such many people who attended the workshop were not from Beijing but had travelled across China to come seek work or education in the capital. Using maps of China and the world we visualised our journeys and reflected on our roles in society. Secondly, communal identity. It is often the case in the UK that young people are often misrepresented in institutional media leading to negative coverage and an inauthenticity of identity. We learned that this is often also the case with migrant villagers who move to the capital leading to further marginalisation, so in response we used the concepts of our New Light programme and worked with them to produce self portraits in the village, allowing them to seek out their own identity in the site and using specific objects which told their story.”

You can read Arron’s full feedback on their trip to Drama Rainbow on The GAP Arts Project website.